As I've said before, I'm happy to be back to school. I'm so very tired, but glad to be back to work. Joseph seems to be adjusting pretty well and Matt has been absolutely wonderful in helping with this transition. His folks are here this weekend to spend some time with the Little Man. His doctor says that he should be eating about twice as much as he is, but he's already eating so much more than he was a couple of weeks ago. So, we're hanging in and we'll see how it goes. I thought that it was time to post some more pictures, so here we go:
My folks with Joseph. I think it's interesting that you can see the family resemblance. 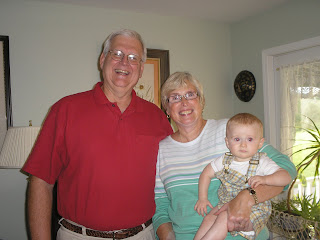 Playing "cups" in the sink. He loves his bathtime and water! 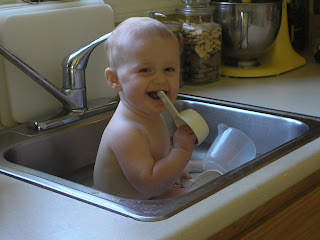 A chilly day...I really just thought that the Spongebob socks were the cutest thing! 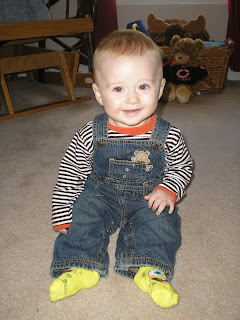 And, 9 months. I was trying to take his picture in something blue every month, but Dad got him dressed that morning and didn't know the schedule and there was no way that I was going to change his clothes that afternoon...I could hardly move. So, ignore the food on his collar and his probably dirty face. 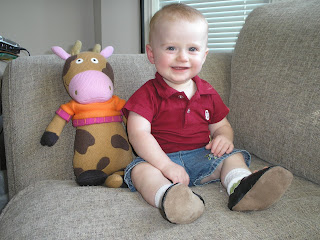